Side-scan imaging surveys use sonar to efficiently create a precise acoustic image of large areas of the sea floor. Side scan sonar uses transducers that emit fan-shaped acoustic pulses down toward the seafloor across a wide angle perpendicular to the path of the sensor through the water. Side scan sonar transducers may be towed from a surface vessel or mounted on the ship's hull. The intensity of the acoustic reflections from the seafloor of this fan-shaped beam is recorded in a series of cross-track slices. When stitched together along the direction of motion, these slices form an image of the sea bottom within the swath (coverage width) or slant range of the beam. The sound frequencies used in side-scan sonar usually range from 100 kHz to 1 mHz. 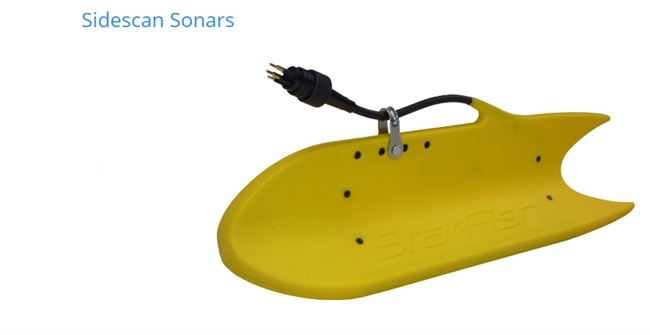