News
You are here: Home / News / How to avoid blind spots in the field of ultrasonic sensors for reversing radar?

How to avoid blind spots in the field of ultrasonic sensors for reversing radar? 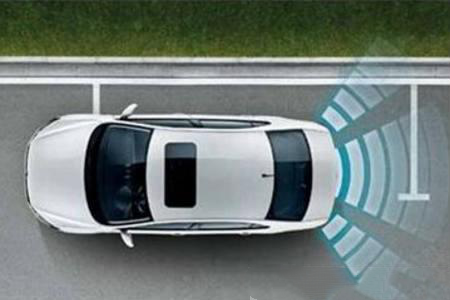 Reversing radar, namely "reversing collision avoidance radar", also called "parking aid", is mainly composed of ultrasonic sensors (commonly known as probes), controllers and displays (or buzzers). The system adopts the principle of ultrasonic distance measurement sensor. The ultrasonic probe on the rear bumper of the vehicle sends ultrasonic waves to the obstacle and reflects the sound wave. When the obstacle is encountered, an echo signal is generated. The long range ultrasonic sensor receives the echo signal and then the controller performs data processing, the location of obstacles are judged, the distance is displayed by the display and other warning signals are sent out to get timely warnings, so that the driver can have a "number" in mind when parking or reversing, making reversing safer and easier.

The working principle of the ultrasonic sensor in the reversing radar

Does the reversing radar have blind spots? How to avoid blind areas of vision?

The ultrasonic distance sensor module installed on the rear bumper of the detection head of the reversing radar is usually located 50 to 60 cm from the ground. The ultrasonic wave emitted by the probe spreads outward in a horn-like shape, and the area gradually becomes larger. This means that from the ground to the bottom of the ultrasonic probe, that is, the area directly below the probe, a triangular blind zone will be formed. It can be concluded from practice that it is difficult for radar to detect objects from the ground to 10-15 cm below the ultrasonic probe. Therefore, the reversing radar has a certain visual blind zone, and the higher the vehicle body is, the larger the blind zone is. It is 10 to 15 cm below the center of the probe. Obstacles may be ignored by the probe. If you get closer to it, the scanning range is smaller, the greater the risk.In addition, the ultrasonic waves emitted by each probe have a certain range, so the position between the two probes will also form a blind zone.

When the ultrasonic module distance sensor of vehicle is reversing, because the reversing sensor does have a blind spot, we should try not to rely on the reversing sensor too much when reversing. Before reversing, if the rear situation is unknown, it is recommended to get out of the car and observe the situation after the car. the most important. Slow down the vehicle speed: In this way, even if the radar is not sensitive to the detection of obstacles when reversing, it can also react to the sudden alarm. if the reversing speed is too fast, the ultrasonic sensor on the reversing radar may not be able to respond. It is recommended that the reversing speed of the driver is less than 5 kilometers per hour. In addition, when you start reversing, you should constantly observe the rear of the car through the reflector and rearview mirror, and pay attention to the front of the car. In case of large cars, you should stay away from more than 2 meters. Especially at the green light, don't overtake the turning vehicle first. Don't stop at a red light beyond the zebra crossing, as it is easy to get caught in the wheels by the difference between the inner and outer wheels of the turning vehicle.