2.Some Standard Size of PiezoRing

Outer Dimension from 3mm up to 180mm

Inner Dimension from 1mm up to 150mm

Proprietary inkjet technology uses a Piezo crystal at the rear of the ink reservoir. This is rather like a loudspeaker cone that flexes when an electric current flows through it. So whenever a dot is required, a current is applied to the Piezo element which then flexes and, in so doing, forces a drop of ink out of the nozzle.

There are several advantages to the Piezo method. The process permits greater control over the shape and size of the released ink droplet. The minuscule fluctuations in the crystal allow for smaller droplet sizes and hence higher nozzle density. Unlike thermal technology, the ink does not have to be heated and cooled between each cycle. This saves time, and the ink itself is geared more for its absorption properties than its ability to withstand high temperatures. This enables greater freedom in developing new types of inks.

The newest mainstream inkjets have black print heads with 128 nozzles and color print heads with 192 nozzles (64 for each color), addressing a native resolution of 720 by 720dpi. Because the Piezo process can deliver small and perfectly formed dots with extreme accuracy, it is able to offer an enhanced resolution of 1440 by 720dpi (although this is achieved by the print-head making two passes, with a consequent reduction in print speed). The inks that has developed for use with its Piezo technology are solvent-based and extremely quick drying. They penetrate the paper and maintain their shape rather than spreading out on the surface and causing dots to interact with one another. The result is extremely fine print quality, especially on coated or glossy paper. 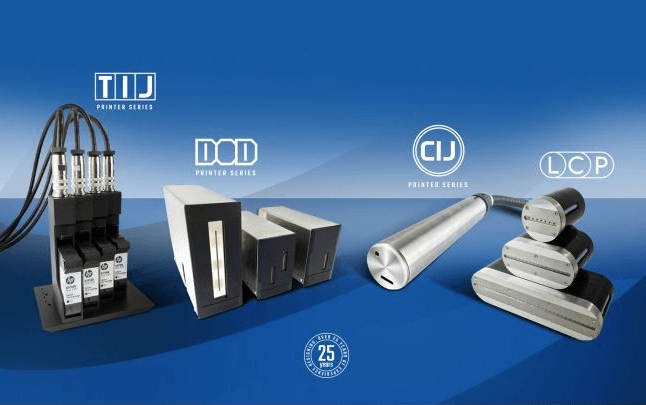